The places you go…

“You will be the exact same person you are right now in five years except for the places you go, the people you meet, and the books you read.” I scribbled those words studiously while sitting at a student leadership conference in high school. I was already completely entrenched in thoughts of the places I would go, the people I would meet, and the books I would read, and I wondered what life might look like in those five years. Little did I know, in those next five years, I would move to a new city, meet my future husband, and read countless mind-shaping books through my personal studies and college education.
I still believe that statement to be true, which is one of the reasons I love to travel (and read and meet people). Whether it is to a new part of Nashville, a quick and easy roadtrip, or halfway across the globe, traveling enhances our perspective and enriches our understanding of the world. There is a depth to people who are willing to experience new cultures and places. 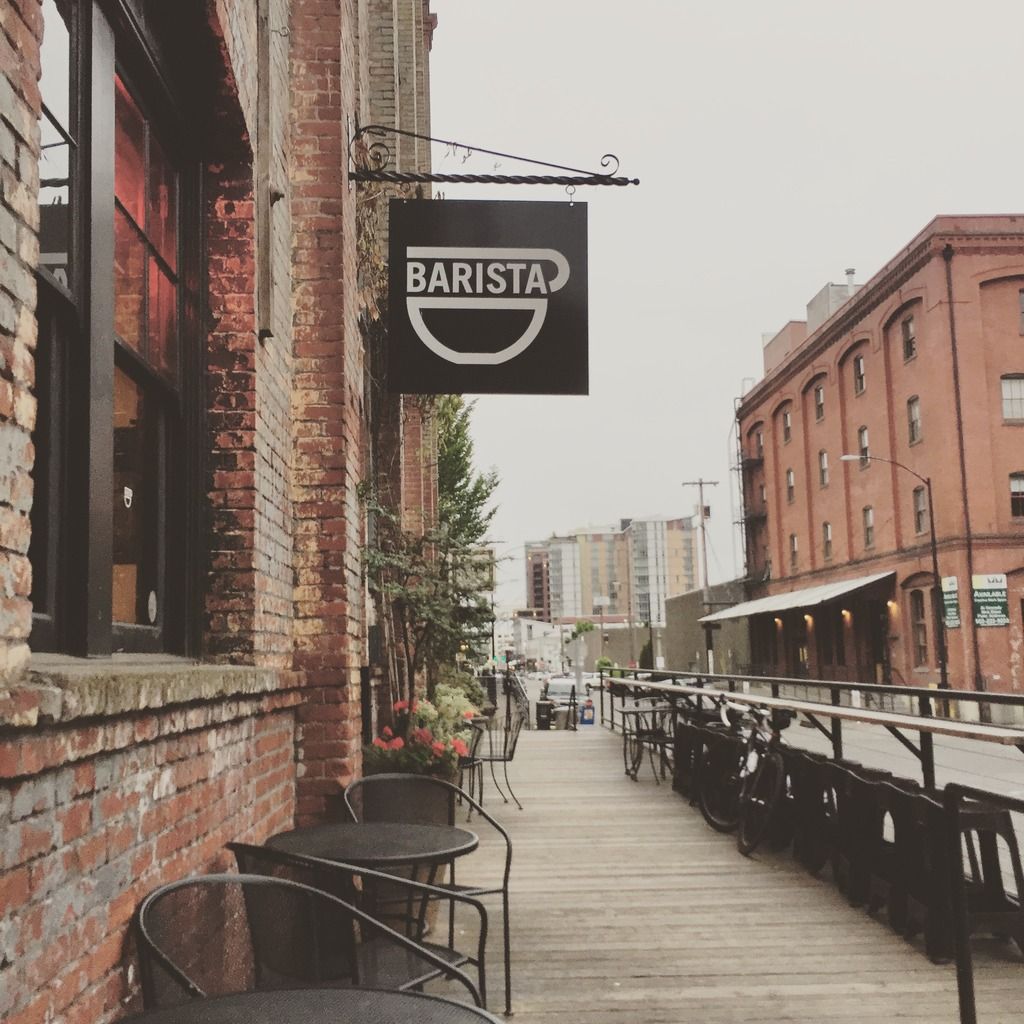 I started this blog post a few months ago on a day when I woke up in Portland. I was there for 24 total hours and then off to another city for some meetings for my job. Lately, I have found myself in a new place every few weeks, and I want to let these tiny snapshots shape my view of life. I tend to record those snapshots in my head like little paragraphs in an essay. Welcome to my world.
Have you ever felt the way a city breathes? It inhales and exhales like a human being. Every neighborhood, small business, industry, and landscape adds to the ambience. In most cities, it doesn’t take long to start to feel it. Like a first handshake reveals so much about a new acquaintance, a single day in a city is like a wide panoramic snapshot.

After a day on the outskirts of Portland for a lunch and a dinner meeting, I drove into the city and took a drive around. As per usual, I started writing sentences about it in my head. Even with no one reading, I tend to think in essays and songs.

The waxing street lights begin to illuminate the well worn sidewalks and cast shadows on every corner; they make the show posters and neon signs appear eerie in the moonlight. 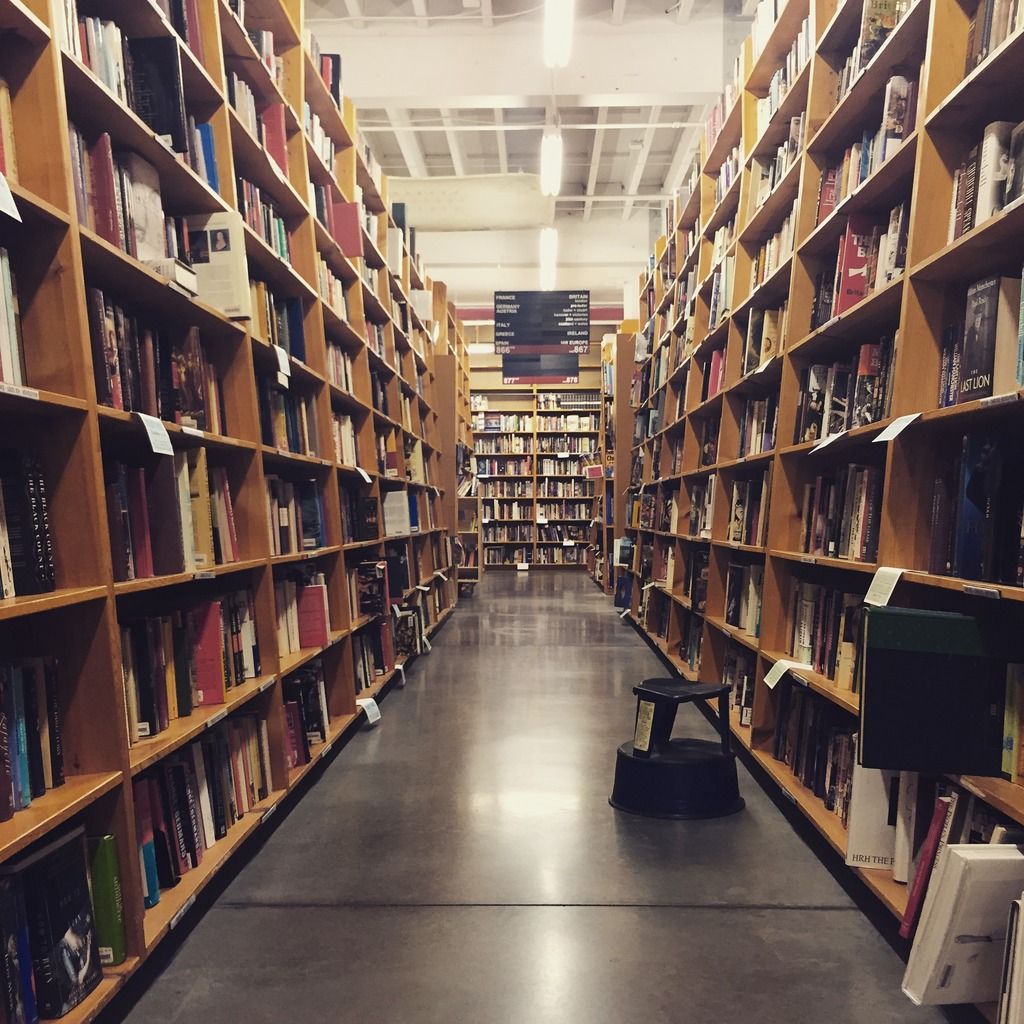 In Powell’s City of Books, millions of pages line the aisles with voices telling a million stories. Books do not discriminate; they speak to anyone who will unfold the spine and listen. A petite millennial with a purple pixie cut, worn acid washed overalls and tie dye Converse browses the classics section next to an unassuming middle aged man with a salt and pepper mustache and receding hairline; they are simultaneously engrossed in words written decades if not centuries ago. Worlds apart and yet caught in the same trap set by the written word.
There is something about traveling to new places that awakens childlike wonder and deep, philosophical thoughts in me. Sometimes all it takes is a step outside the norm to get us thinking deeper, dreaming bigger, and loving a little bit better.

As you probably know from reading my blog or falling victim to my excited storytelling in person, I just came back a little over a week ago from a trip to Italy with my husband. I feel fortunate to have taken several handfuls of trips to other countries in my life, and each one reminds me that the world is so much bigger than I give it credit.

Our nation is less than 300 years old, and yet we sometimes believe we know everything as a society. There is so much we can learn by stepping outside of the life we know as Americans. I even get so wrapped up in an even smaller world–my life in South Nashville–that I begin to believe that everyone experiences the norms that I do.

As I walked through Italy, I once again took snapshots by writing descriptions in my mind. 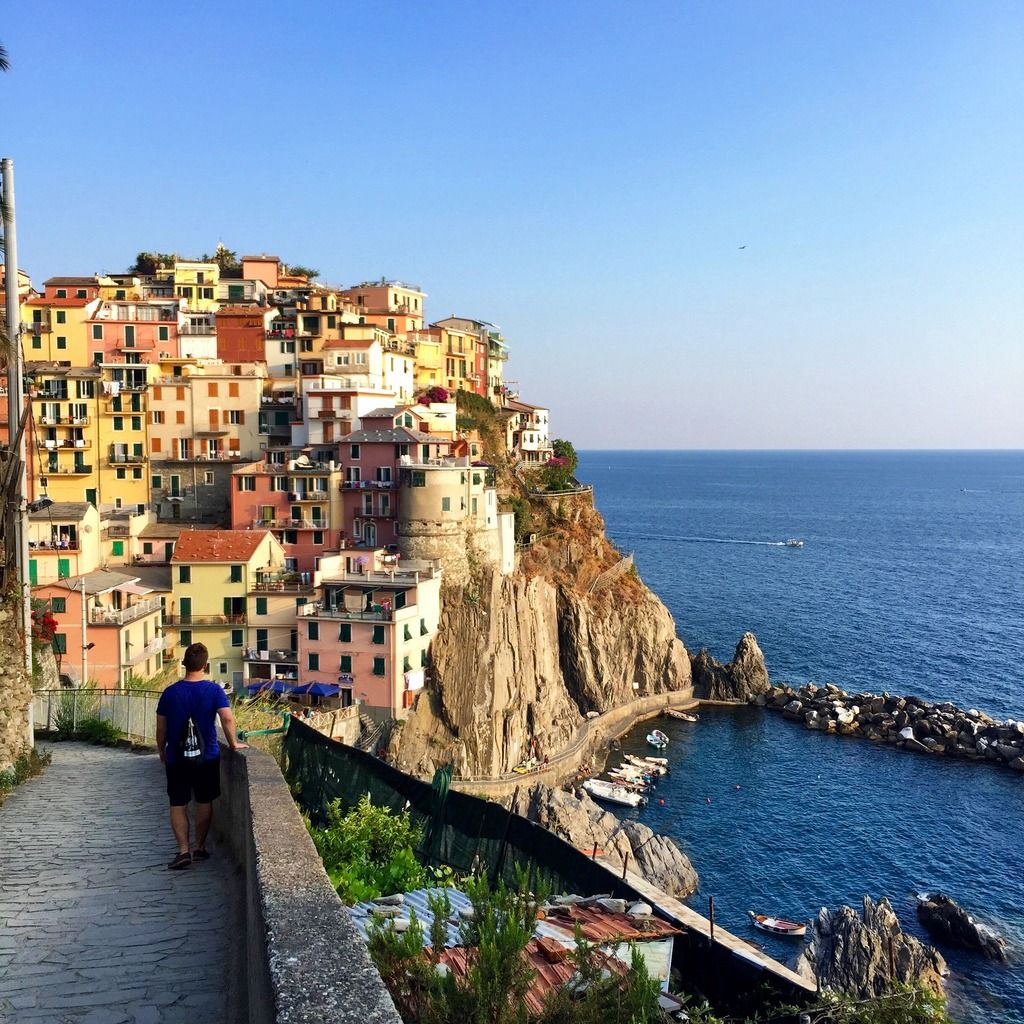 In the midst of the Roman Forum ruins. Small and large cobblestones grouped together form the pathway through the Ancient epicenter of Roman life. I squint at the sun and try to imagine the grandiosity that once existed where now only columns stand. Temples to the Roman gods were clustered together to make worship easy amidst the chaos that would have been the market, political buildings, and important residences beneath the shadow of the mighty colosseum. I stand in the place where Julius Caesar drew his final breath. I climb up to Palatine Hill and pretend I live in one of the palaces of the nobles with the perfect view to watch the world below with an upturned nose. I walk back toward the Colosseum, and I am struck by the incredible similarities between this ancient, decaying culture and the one in which I live. We flock to stadiums not dissimilar to the Colosseum. They brought their tickets on fragments of clay pots. We bring ours to be scanned on our iPhones. They cheered at what we now consider barbaric fights to the death while we cheer for men dressed in helmets and body pads to score goals. Perhaps life has not changed as much as we think.
In small town Vernazza: Tourism has a different rhythm in the small Mediterranean town of Vernazza. Intermingled with daytrippers in swimsuits and adventurers on the trails is the essence of real Italian life. I can feel it on a morning walk by myself. An elderly woman waters her plants on the stone patio in a narrow back alley away from the main drag. Locals pass by and share jovial greetings in Italian. Even without understanding the language, I can sense the camaraderie that implies they have known each other for their entire lives. Local fishermen drag their boats into the harbor, and I think about the fish that will be freshly fried, grilled, and baked in local restaurants today. Scrawny wild cats wait patiently in hopes that a single sardine will drop to the ground for breakfast. I savor a cappuccino and listen the music of water against rocks, boisterous Italian laughter, and instrumental music coming from storefronts as shopkeepers prepare their stores for the day.

It’s these little snapshots that I’ve taken in my mind in the rolling hills of Tennessee, the outstretched highways of Texas, the stone villages of England, cramped townships of South Africa, concrete markets of Bolivia, picturesque piazzas in Italy, and everywhere in between that have begun to expand my view of this world God made and the people in it. I never want to stop exploring. The world is so much richer and deeper and more vivid than I even know.

It’s true. You will be just about the same person five years from now except for those places you go, people you meet, and books you read. So, go places. It doesn’t have to be expensive. Try a new ethnic restaurant. Take a walk in a different neighborhood. Spend your Saturday at a new coffee shop. Volunteer at a non-profit. Take a drive an hour in the same direction even if you don’t know where you’re going. Take your own snapshots. They may not be as wordy as mine. Take pictures, collect leaves, write down the names of the people you meet. 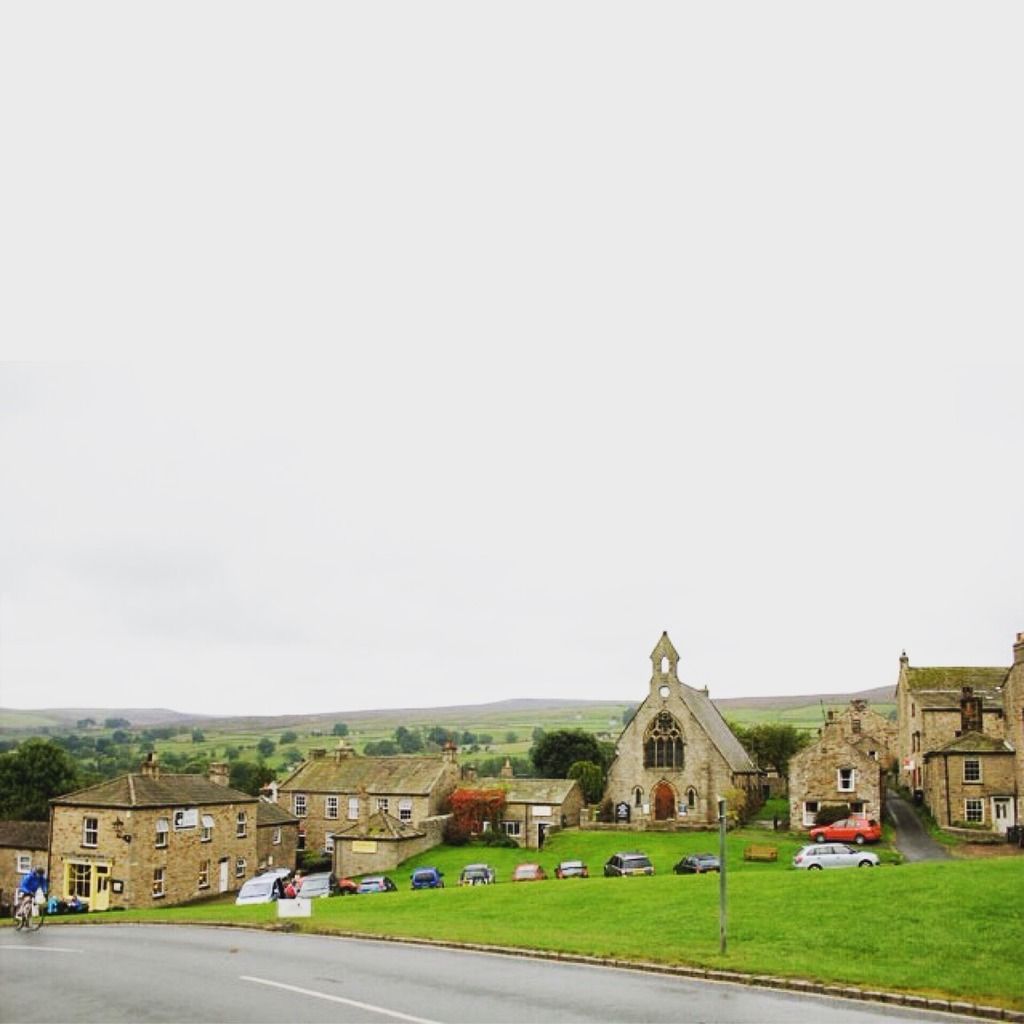 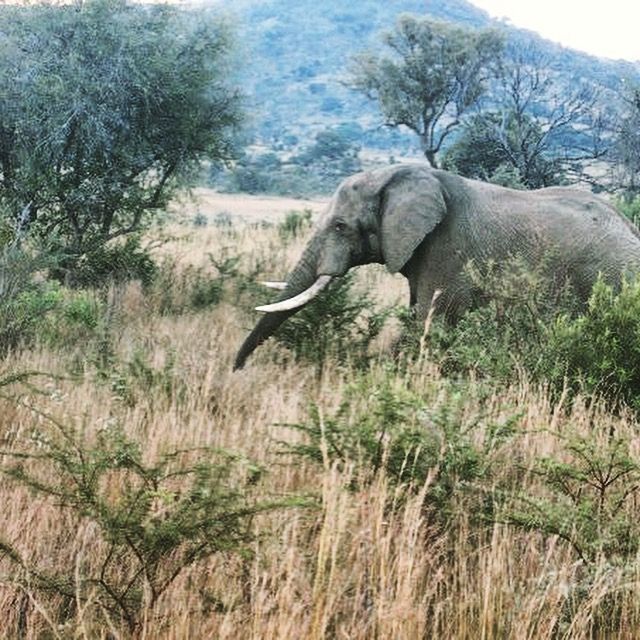 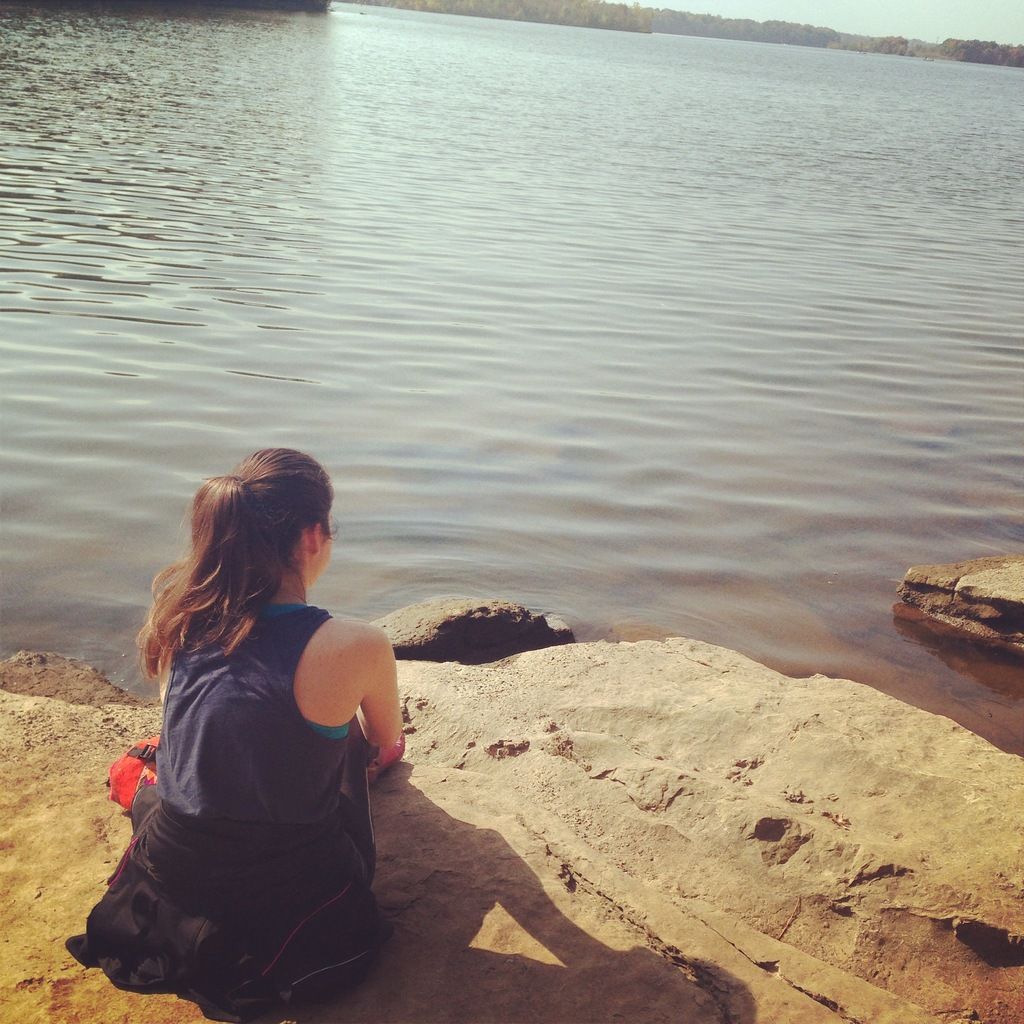 You won’t be the same. 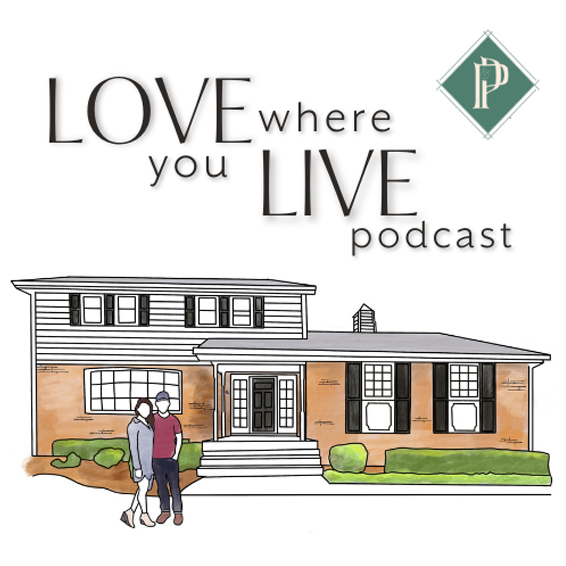