The cat’s out of the bag. 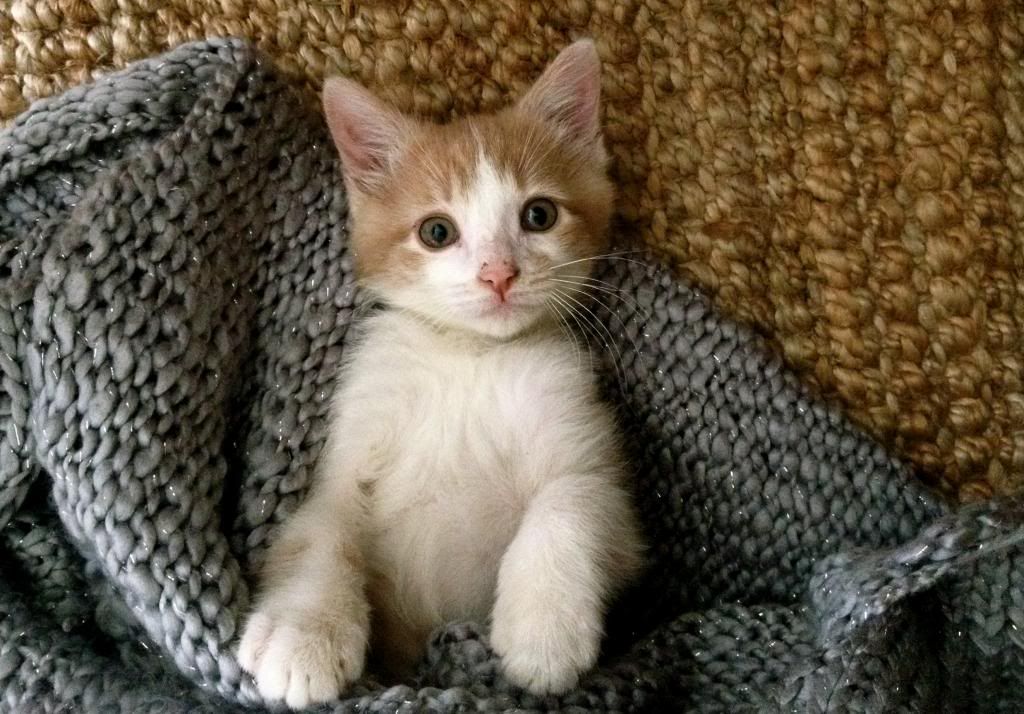 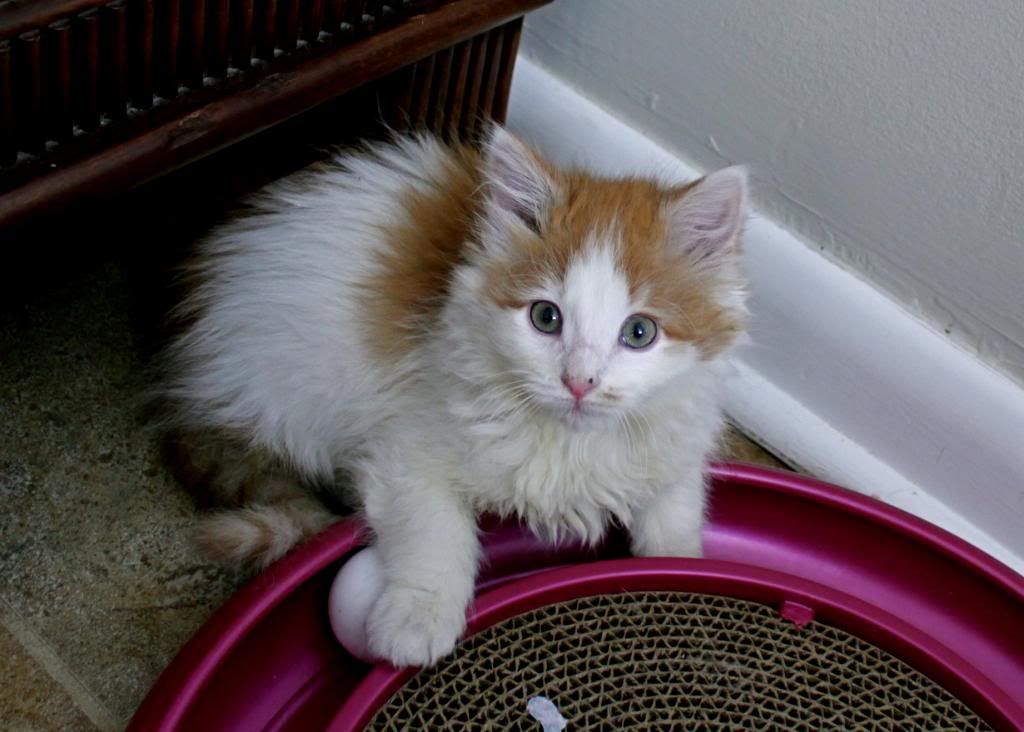 We got a cat. Make that two cats.

Well actually, the cats got us. Or, God gave us the cats. Or, the neighborhood stray thought we needed cats.

Not exactly sure how it happened, but we are officially pet owners.

I have alluded to the kittens in several posts, and you have probably seen them if you follow me on social media. Unfortunately, I am that girl who posts cat pictures and videos on Instagram as if everyone is as enthralled by the tiny fur balls as she is.

So, here is the thing. We went through a phase earlier in 2013 when we thought for sure we wanted a dog. I wanted the company. I said I would rather have a cat because they are so much less maintenance (you don’t have to walk them or let them out to use the bathroom, you can leave them at home for short trips, etc), but Jeremy thought he was allergic and didn’t like cats at all. Cats were out of the question.

Eventually we realized we just don’t have time for a dog and it wouldn’t fit our lifestyle well. So I resigned myself to a pet free household and was 100% content with that proposition.

Then Jeremy called me in late November. He said our pest control guy had come by for his routine monthly check up and he found a momma cat with three babies behind a bush in our front yard. 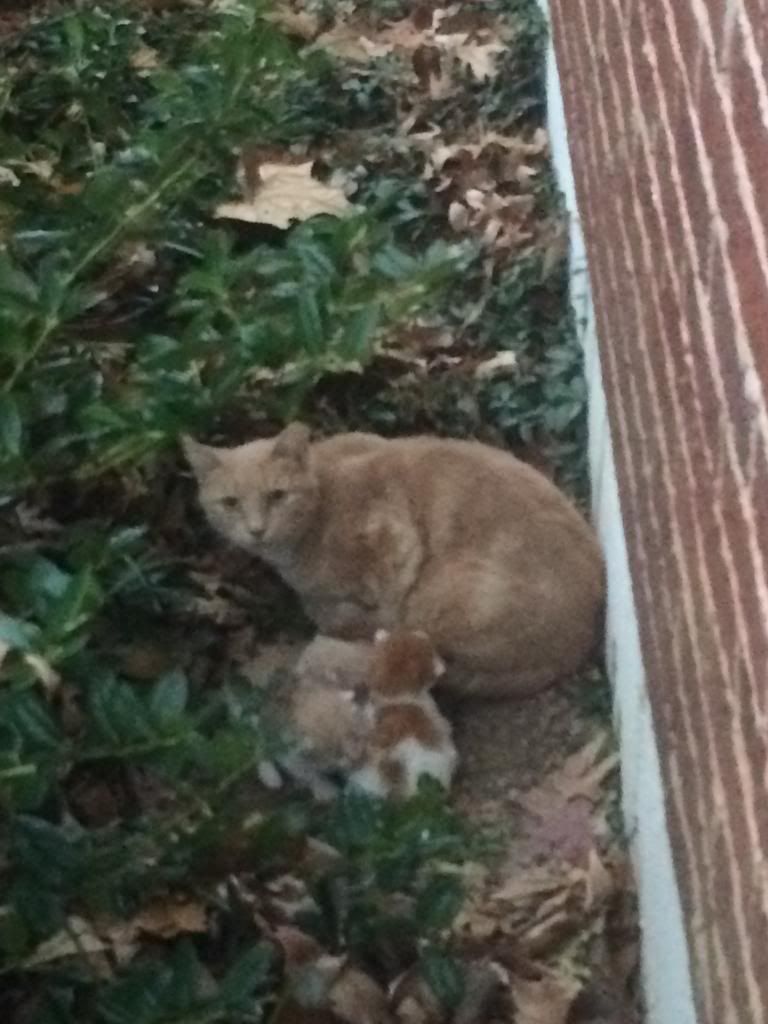 The weather was supposed to get down to 22 degrees the following day. I didn’t know what to do. I know mama cats are instinctive about taking care of their own, but I was worried about them freezing to death.

When I got home, mama kitty had left the nest. I peeked at the kittens. They were shivering and so very tiny (fit in the palm of your hand tiny). After waiting to see if mama would come back, I wrapped them in a towel. I think the smell of human must have deterred mama (who is terrified of people) because she never came back. We left that evening for a weekend trip, and my friend checked on them the next day. She could tell mama hadn’t been back. 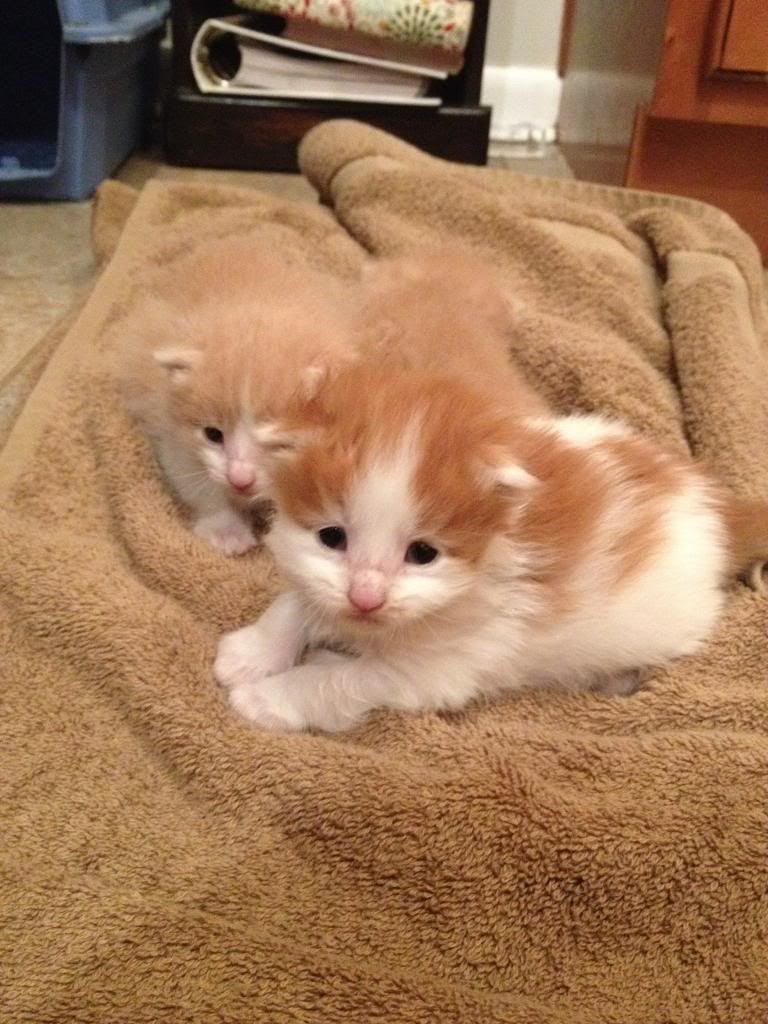 Shelters wouldn’t take them until they were older (our best guess was that they were about 2 weeks old). We were out of town. Our neighbor tried reuniting mama and babies in her garage overnight. Mama cat refused to feed them. They were going to starve if we didn’t do something!

And so it began. Between Jeremy, me, and some dear friends who helped us when we had to go out of town and while I was at work, we bottle fed these babies and weaned them and helped them learn to use the litter box and searched for homes for them and loved on them and took them to their first vet visit and brought them home with us to Houston for Christmas. And we fell in love with what I think are the sweetest and best behaved kittens ever to have been born. 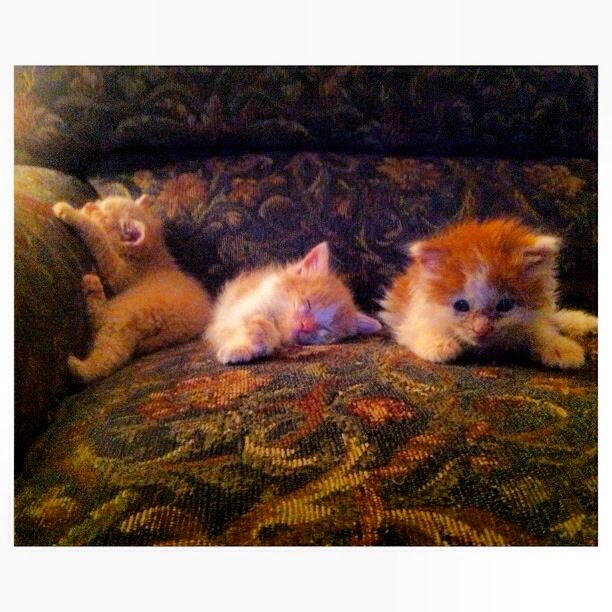 So we decided maybe, just maybe, we could keep just one.

Sugar (now named Nala) went to her new home last week. And mittens had already found her way into our lives. As we got to know Jack better, we started to realize that he probably wouldn’t thrive in a house without other animals because he truly cannot stand to be alone. We were afraid that he could develop bad destructive habits in his new home without other pets or people around all the time, so we figured he is best off staying with his sister and shared our concerns with his future owner, and we all decided he would stay with us.

We aren’t sure if Jeremy is allergic. He has hardly shown any signs since we had the kittens. And his allergies are very mild if he has them at all. But he is smitten by Mittens the kitten and Jack Attack, and we are going to do our best to keep our house clean and reduce allergens. 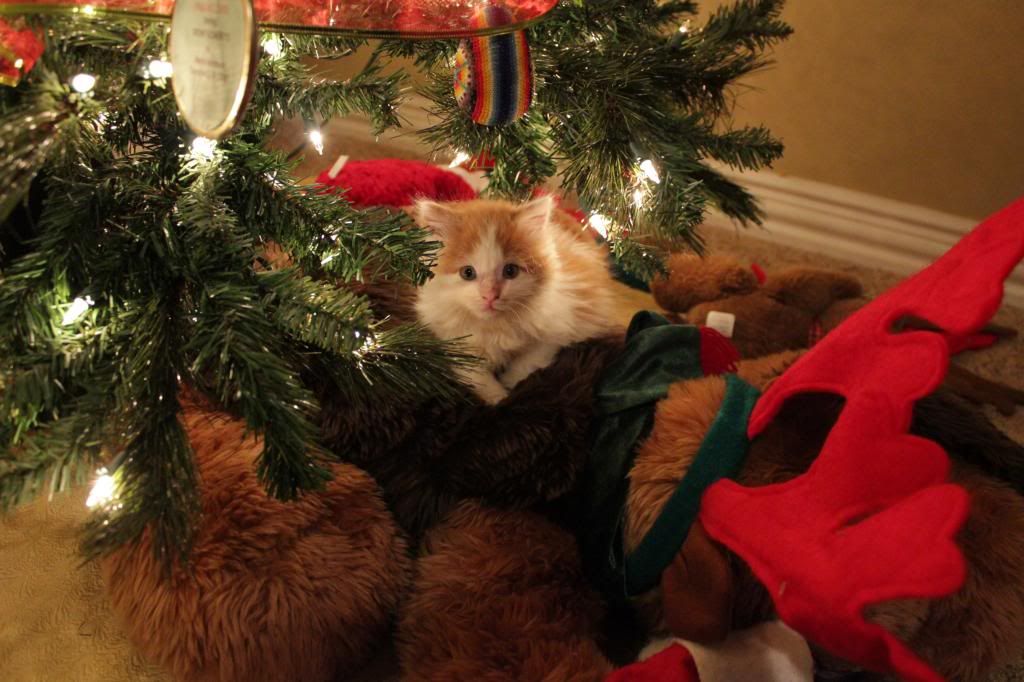 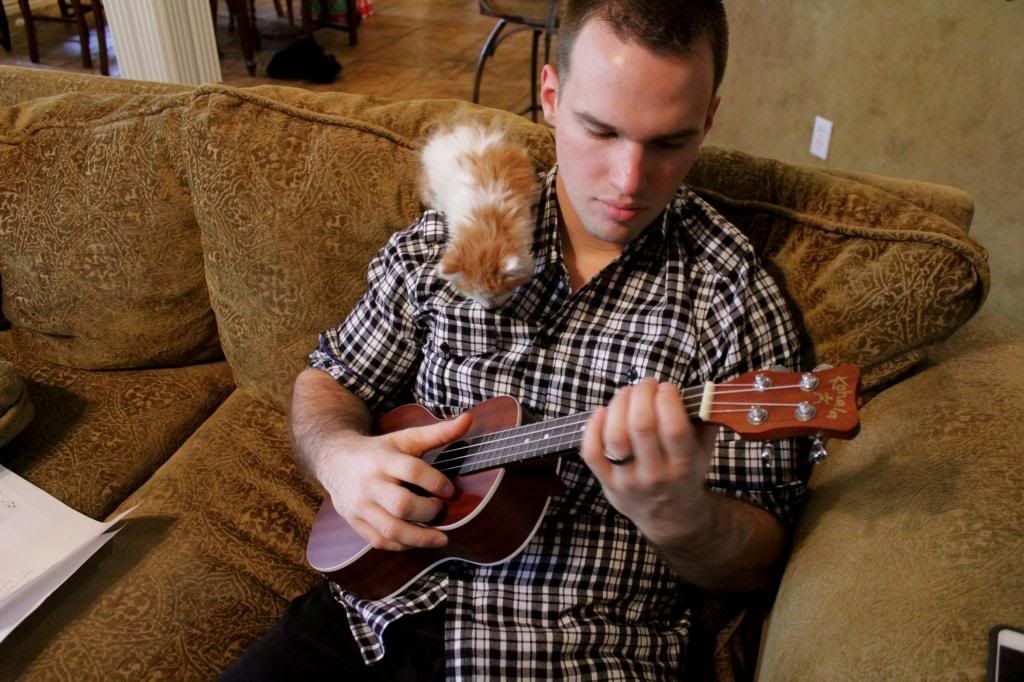 Mittens is a daddy’s girl. She would take every nap on his chest if given the choice. Also, he taught her to give eskimo kisses on command (most of the time). 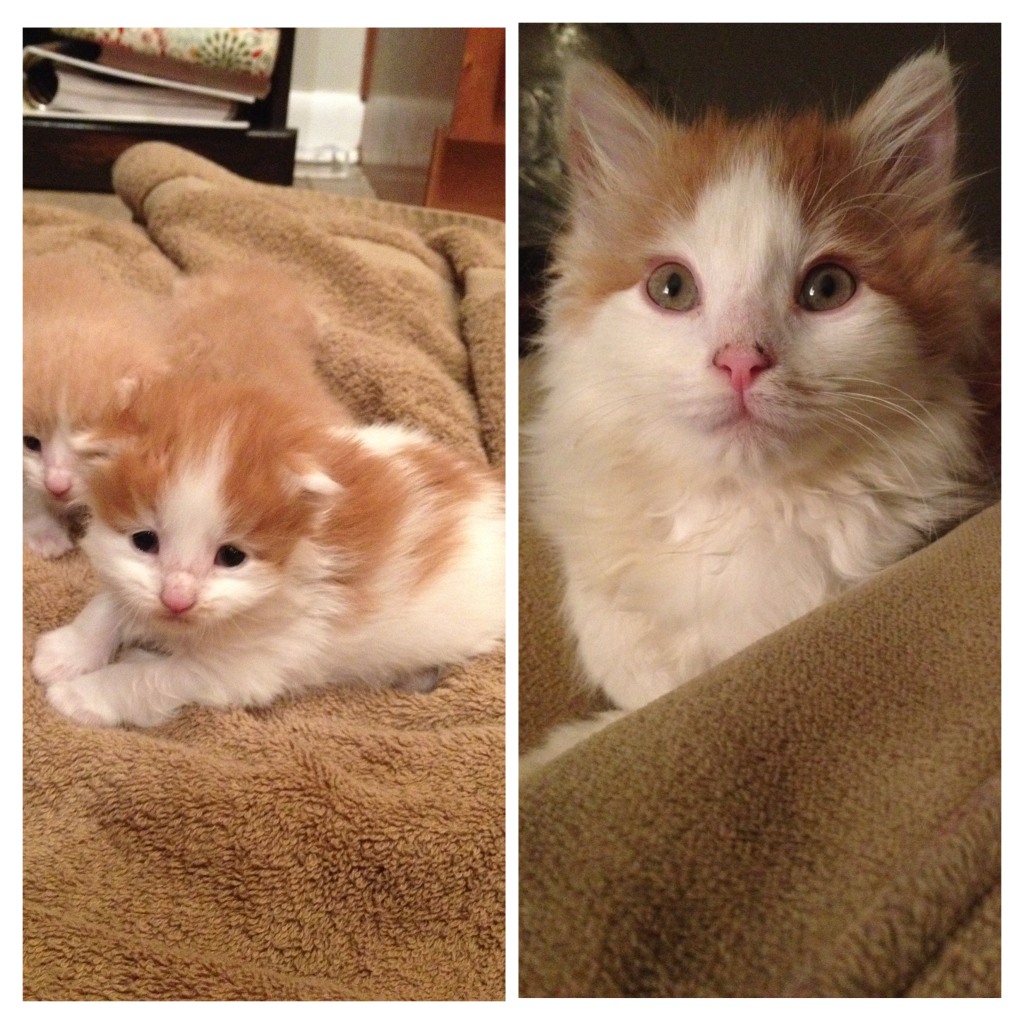 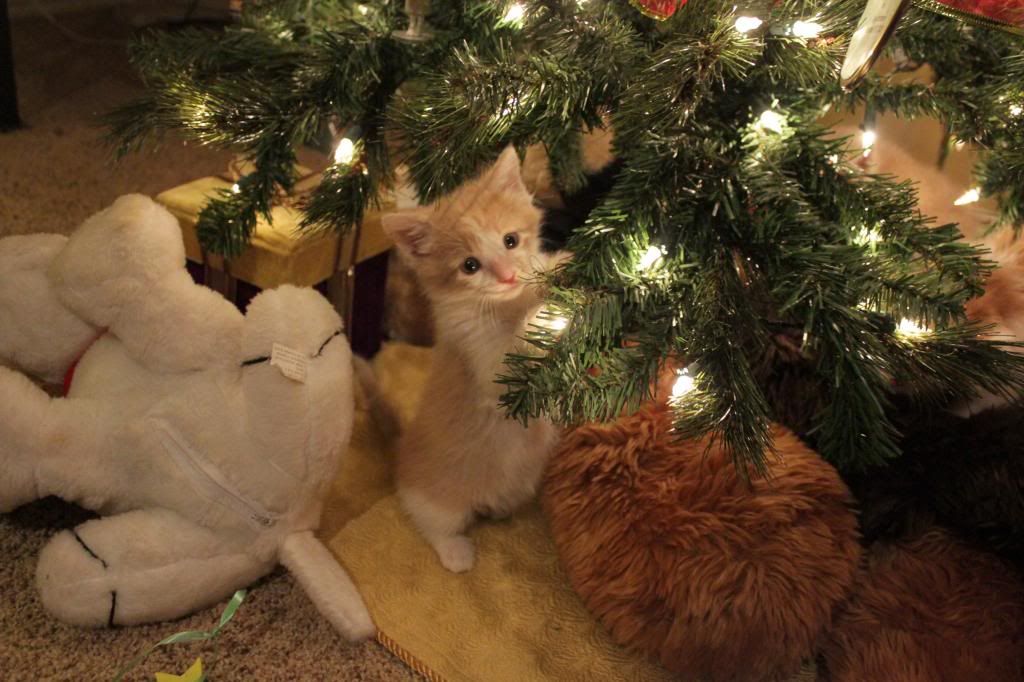 And Jack is like a puppy. He greets us at the door and wrestles with his sister (which really bugs her when she is playing with socks…her favorite toys) and follows us from room to room and wants to “help” with every household chore (loading the dishes, wrapping gifts, sweeping, etc.) He loves attention, knows his name, and is really observant. 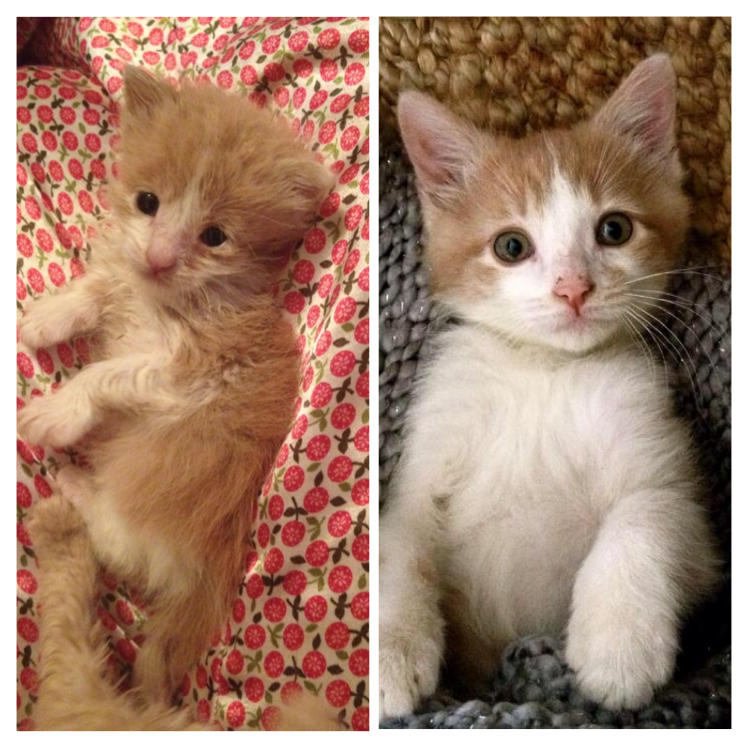 Also, he knows how to paw my iPhone and has sent several texts to my sister. Complete with emojis.
Here he is at about 4 weeks, and now at 10 weeks.

So, I am that girl. The fur mom. The newlywed who got a pet.