I love Autumn and the memories that it holds. I also love hosting people in our home, so what better time to have a party? Calendars during the Christmas season fill up so quickly, but people seem to have more time during the fall to hang out. So, we threw our annual fall party, and it was a hit! There is almost nothing better than a home filled with friends…new and old!

Our first year’s autumn party was really just pumpkin carving with a few friends, the next year we squeezed quite a few people into our first apartment, and last year was our first big bash.

This year, rather than doing a Facebook invite, I sent out an email with an invite that I designed on photoshop. Because I designed it myself and used a free sending service, I didn’t spend a cent on invitations! And it was great to use a website which tracked RSVP’s and sent reminder emails! 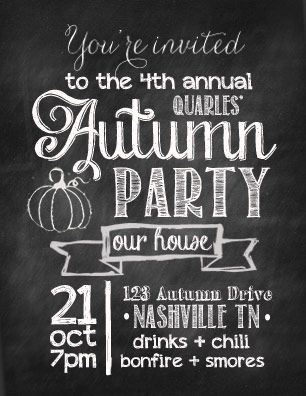 **Our address is not really 123 Autumn Drive. Although it’s a pretty name! For the sake of privacy, I’m just not gonna share our real address with the world. No offense 😉

I didn’t get a ton of pictures of the party because I was too busy throughout the night, but I snapped a few beforehand! My goal was to take more pictures, but my phone was also running the music inside, so I didn’t have it with me and kept forgetting to take photos! Maybe next year. 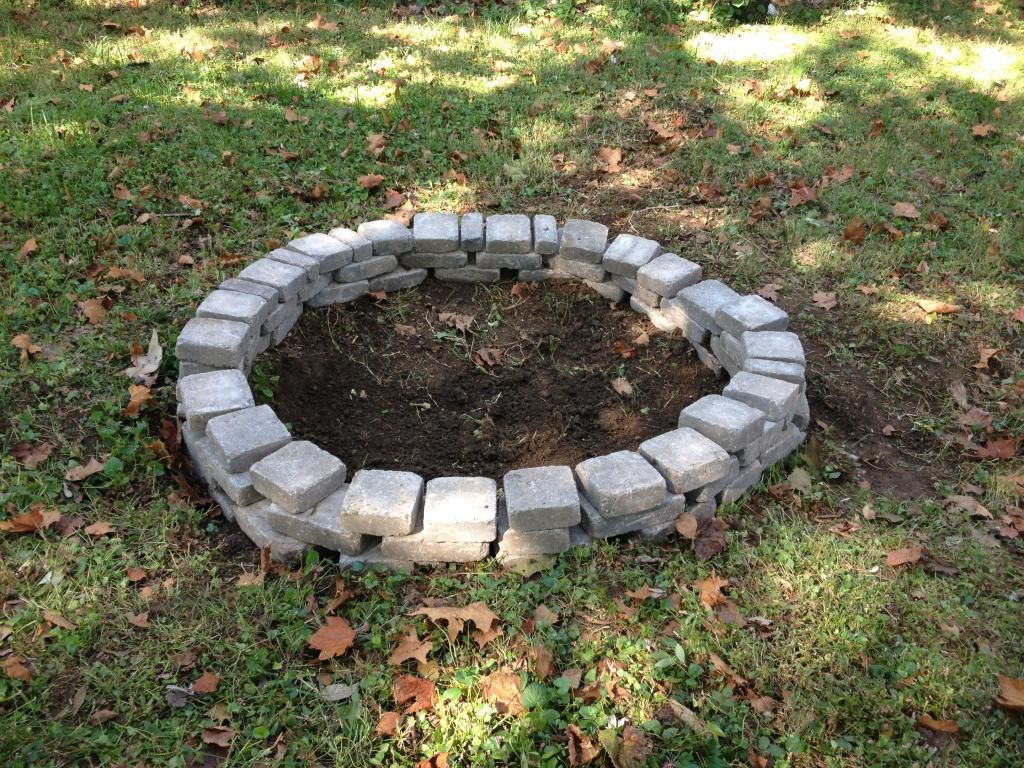 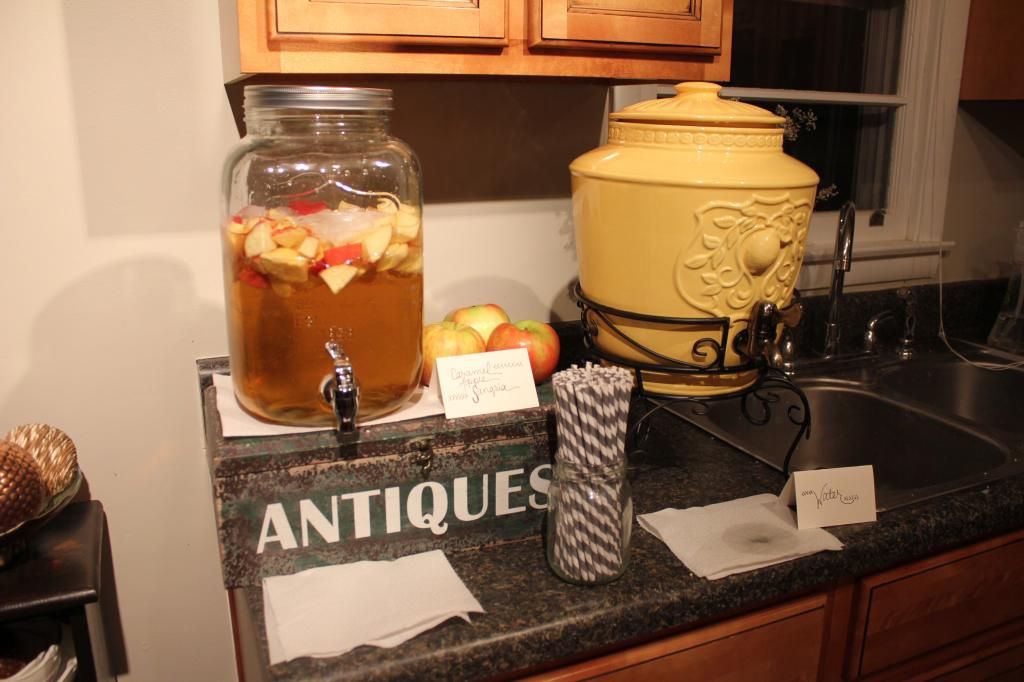 Jeremy built this fire pit in the backyard before the party using some stones he bought on Craigslist. Most people said they didn’t realize we had a large backyard because we never use it! It’s nice to have an excuse to get back there and hang.
We set up drinks & chili in the kitchen. We had sweet potato turkey chili, vegetarian chili, and traditional beef chili. Then we had an assortment of hot and cold seasonal drinks! 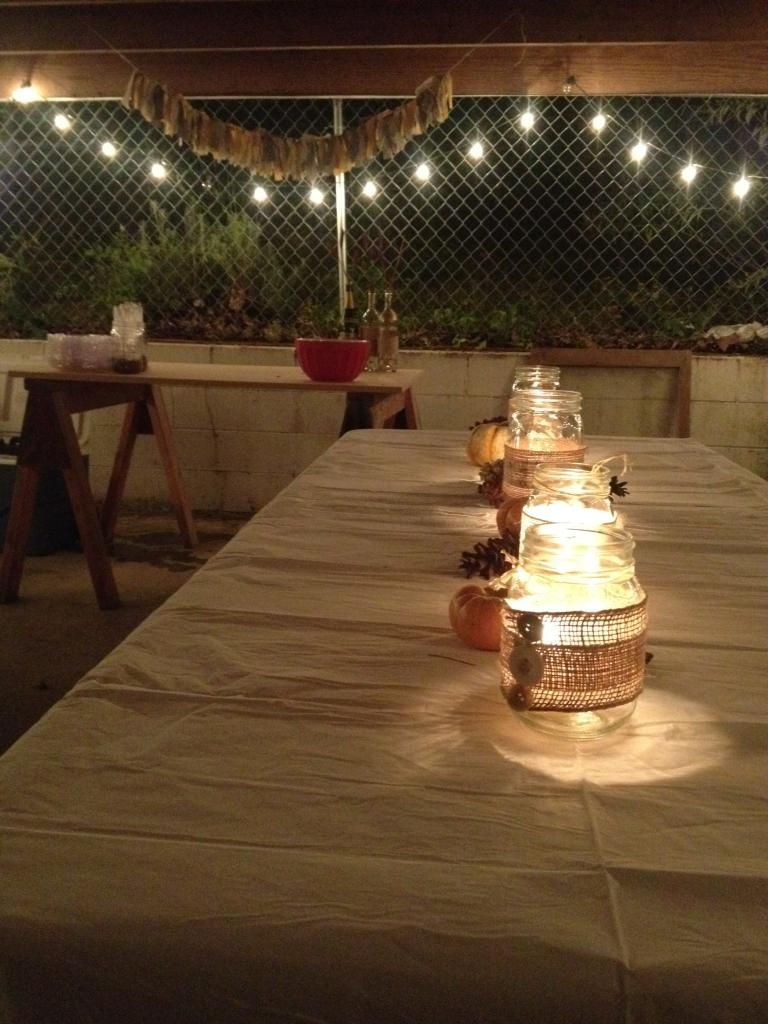 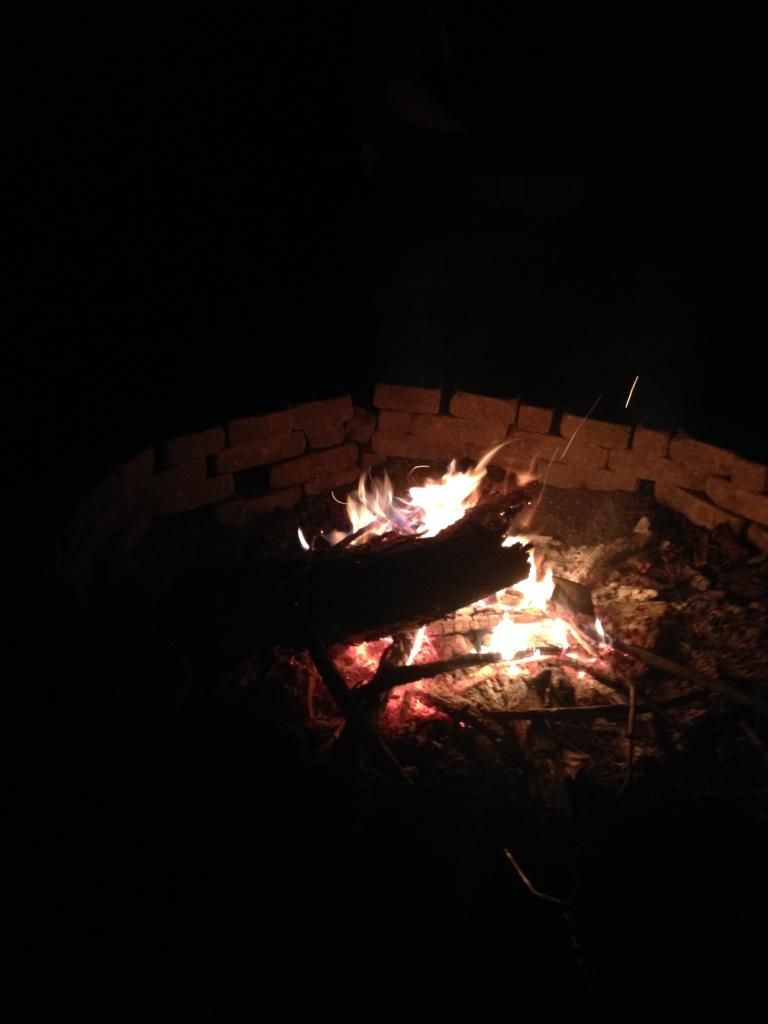 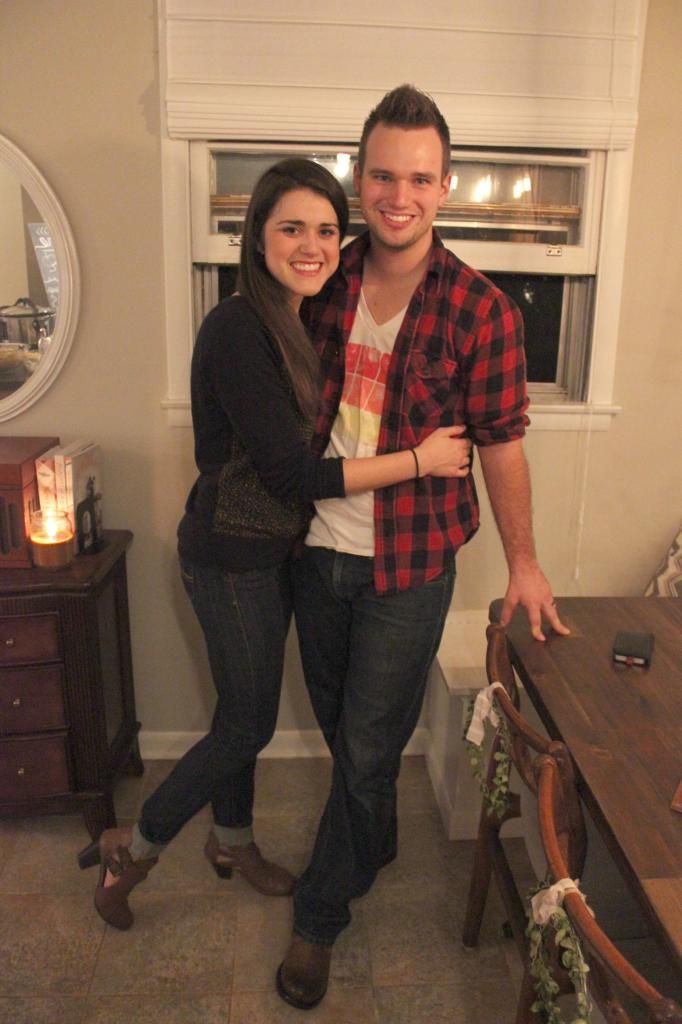 Last year, we kept all the food in the kitchen, but it made for a really crowded kitchen area, so this year I kept the snacks outside in the carport and set up tables for people to stand around. It was really festive, and the weather was absolutely perfect! I set up mason jars with tealights, pumpkins, and pinecones on the tables, and I made a fabric banner to hang above the snack table which was filled with fall treats once people started arriving!
We had a great turnout of close to 40 people, and we ended the night around the fire roasting marshmallows, talking and enjoying the crisp, cool weather with friends.